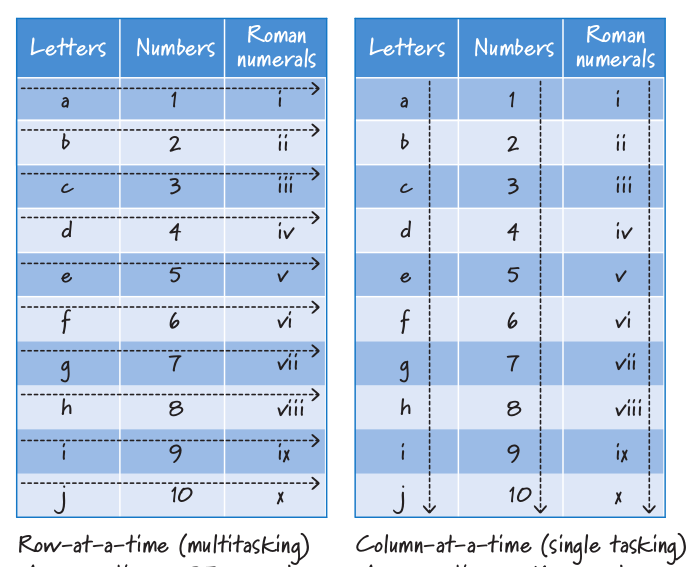 The first table represents multitasking, where we are continuously switching from one task (column) to another, while the second table is single tasking (we don't start with the next column until we have completed the previous one).

The meaning of this experiment is that working on too many items at the same time involves a high level of over-head. Similarly, working on too few items at the same time is also wasteful, leading to idle workers and less value being delivered during the sprint. Finding the balance is not always easy, and it requires several sprints in order to determine the optimal workload for each team member.

The same applies at a project level. In this chart taken from the same book (extremely recommended for people interested in Agile and Scrum frameworks), we can see how the team members' performance decreases when they are involved in more than three projects at the same time. 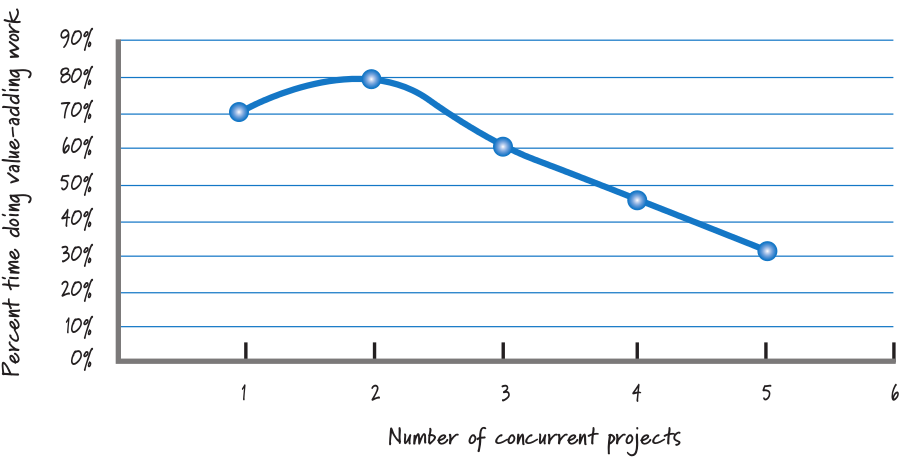 When we are working on two projects, the time that we spend doing value-adding work is often the highest. The reason is that we can get blocked on one project but we still can switch to the other one.

However, with more than two projects our productivity falls because you cannot be fully committed to so many teams, and commitment (and not involvement) is one of the keys to success on Scrum teams. In the figure below we can see the difference between committed team members and involved ones. 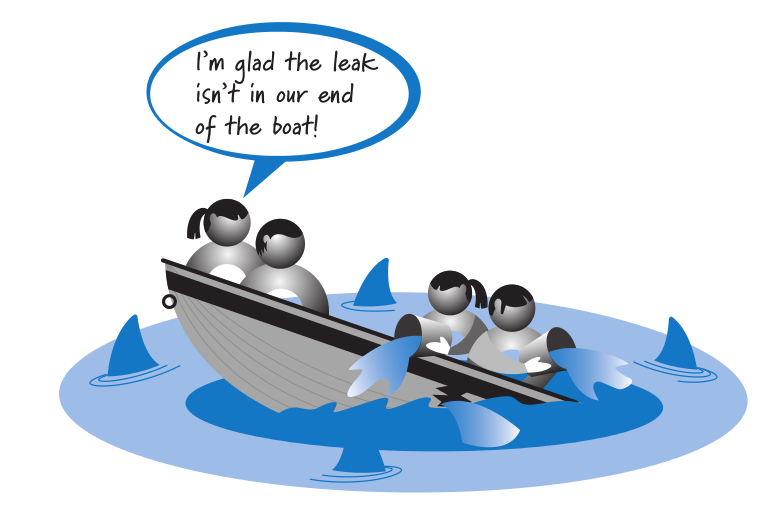