Why do I love IBM Bluemix

August 26, 2015
I had six Ruby on Rails web apps hosted on Heroku that I wanted to migrate to a more scalable and professional platform within my budget.

My first intention was to use my Bizspark account and deploy them to Microsoft Azure but, unfortunately, Azure Web Apps do not support Ruby on Rails yet. My attempt to deploy them in a single Linux Virtual Machine was painful and the performance very poor, so I decided to try IBM Bluemix.

After signing up for the 30-day trial, I started loving its engaging and intuitive UI, the simple pricing model and the amount of available services for a 1-year old cloud platform. 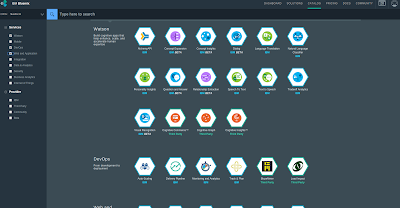 In less than one hour I had deployed my six web apps using Cloud Foundry CLI, migrated the PostgreSQL databases with the ElephantSQL add-on, and set up the custom domain and SSL certificates.

A tiny "Add Git" button introduced me to IBM Bluemix DevOps Services. This is simply mind-blowing! You are not only allowed to edit your code from the web interface. You can actually set up an entire continuous deployment pipeline, where you can make changes, run your tests and deploy it up to the production environment directly from your browser.

In addition, DevOps Services includes Rational Team Concert, a complete Agile project management tool where you and your team can organize the development effort and monitor the progress.

There is room for improvement in the deployment process. The process failed a few times with an unhelpful "failed to accept connections within health check timeout" error message which in my case was fixed by upgrading some gems or simply re-deploying.

In conclusion, I have tried many cloud solutions before (AWS, Azure, Heroku,...) and I believe IBM Bluemix is going to be my infrastructure partner for a long time.